Reaching out with Voice and Mind 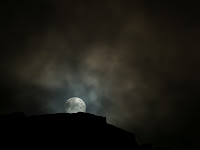 We alerted you to the planned live broadcast of teachings by His Holiness the Karmapa, and now would like to share some of the details of what finally did transpire. On May 28, despite some initial snags, thousands of disciples worldwide were able to receive Dharma teachings from His Holiness the Gyalwang Karmapa live via Internet. The teachings were transmitted directly from His Holiness’ quarters at his temporary residence in Gyuto Monastery, in Dharamsala. According to the Tsurphu astrological system, the teachings took place on Sagadawa Duchen, or Vesak, the most important Buddhist holiday of the year, marking Buddha’s birth, enlightenment and mahaparnivana. In other words, in what one can only hope is a parallel to His Holiness’ trip to Europe, though the webcast did not take place as originally planned, it did happen soon after, allowing the Gyalwang Karmapa to connect with the thousands of students who were so eagerly awaiting his arrival in their midst.

Here's how it happened: By the evening of May 27, the technical team supporting the broadcast had all the network facilities up and running. A full team of translators was on hand to ensure that His Holiness’ teachings would be fully accessible to speakers of English, German, French, Spanish, Polish, Russian and Chinese. The tech team was anticipating only a few thousand separate viewers to be watching at any moment, given the fact that many students in Europe were gathering in their local Dharma centers to view together. However, well before the time the teachings were scheduled to go live, massive numbers of viewers were already attempting to connect with the site, and the overwhelming demand brought the server down. As the scheduled broadcast time drew closer, greater and greater numbers of viewers seeking to connect placed an increasing burden on the servers.

In the end, despite the technical team’s exhaustive efforts, it proved impossible to host all those who wished to view on May 27. As it became clear that the transmission would need to be rescheduled, His Holiness made the decision to postpone until the following day. As he did so, Gyalwang Karmapa pointed out with a smile that, in fact, according to the Tsurphu system of astrological calculation, the Sagadawa holiday fell on May 28 and not May 27. After a quick check on the NASA website, His Holiness confirmed for all present that the exact moment of the full moon would indeed occur on May 28. He thus urged all to look forward to the transmission on the new date with joyful anticipation.

By the following day, May 28, provisions were in place for the greater numbers of viewers. However, heavy rains throughout the evening combined with violent wind, thunder and lightning in Dharamsala cast doubt on the viability of the local network in India. For some time, the local network went down completely. At a certain point, His Holiness left the room and one of the translators commented that perhaps he was going to do puja. The comment rapidly ceased to be a joke when the winds suddenly calmed, the rain ceased entirely and the thunder and lightning also came to an end. As the air outside became still once more, the network came back up, and His Holiness quietly returned to the room.

With some further delays due to other technical issues, all the immense challenges of transmitting teachings live from a monastery in a north Indian village were overcome, and His Holiness began offering the Dharma directly to his students around the world.
Ringu Tulku Rinpoche provided translation into English on the main page, and separate pages were set aside for each of the other 6 languages. In the end, many thousands of people tuned in to receive the Dharma live from His Holiness.

After warmly greeting his listeners, His Holiness noted that he was firmly convinced that all major world religions are making contributions to the wellbeing of the world. A central focus of Buddhism was its teaching on interdependence, which along with compassion are its key points.

His Holiness gave advice for using an understanding of interdependence to find joy in every breath we take. He touched on the moral systems that human beings deploy to accomplish their aims, and noted that when these systems are limited by our self-cherishing, our actions can have harmful effects on others and on the environment. Gyalwang Karmapa spoke of the implications of our intimate connectedness to others, stressing the responsibility this gives us to work to bring about others' happiness and remove their suffering.

Speaking of ways to work with our own suffering, His Holiness urged us to think of experiences of suffering not as something final that we are stuck with, but rather as posing a sort of question to which we have the option of responding in various ways.

His Holiness ended his talk by thanking everyone for exercising such patience in awaiting the transmission. He noted that according to his earlier plan to visit Europe, he would already have been there on that day. Although this did not happen, and his body had not been able to arrive in Europe, Gyalwang Karmapa said he was nevertheless extremely happy that his voice and mind had been able to arrive to join them there.

"Just as the light of this full moon in the sky above is available for all the world to use and enjoy," he said, pointing out to the moon visible in the night sky over Gyuto Monastery, "I trust that the love and affection that we have in our hearts can be used and enjoyed mutually by all of us."
Posted by damchö at 6:17 PM